The objective of this vital pillar is to provide access to quality education for girls from underprivileged backgrounds and to motivate young girls to take up leadership roles and participate in decision-making platforms.

The Mentorship and Girls Education Support program targets girls from humble backgrounds who face the risk of dropping out of school and who are often victims of gender discrimination. The program is aligned to SDG 4 (Ensure inclusive and equitable quality education and promote lifelong learning opportunities for all) and SDG 5 (Achieve gender equality and empower all women and girls). The program has an open structure that gives opportunity to local and international well-wishers to make an impact in the lives of young needy girls by supporting their formal education. The beneficiaries enrolled in the program are usually identified through RWPL network leaders and school principals who are in a better position to identify a needy student. 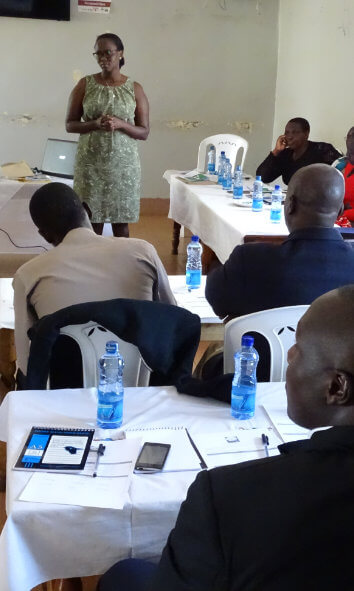 Every December of each year, RWPL normally convenes an Annual Mentorship Forum that brings together all the students in the program where they get to learn about career development, life skills among other topics.

This joined the program in 2003 and is meant for girls affected by Female Genital Mutilation and offers partial financial support to girls who have been identified as needy by RWPL’s network leaders and school teachers. Others, however, get to be supported fully based on how dire their situation is.

Visible Impact: Over 180 girls from vulnerable backgrounds, with compounding problems ranging from forced marriages, early marriages or FGM have been supported through high schools. Of these, 15 have successfully gone through university education and lived to tell their successful stories. Most are now also role models in their communities. Through the mentorship and advocacy outreach, many girls who drop out of school owing to early pregnancies are also being persuaded to resume education, as parents also appreciate the need to sponsor them.